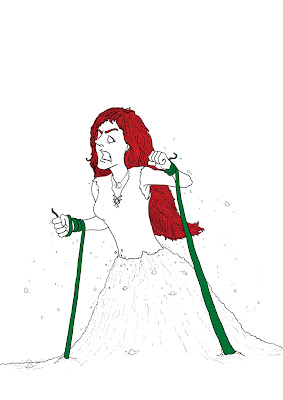 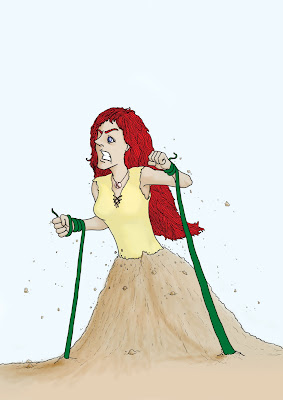 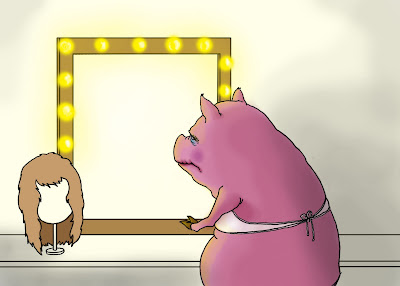 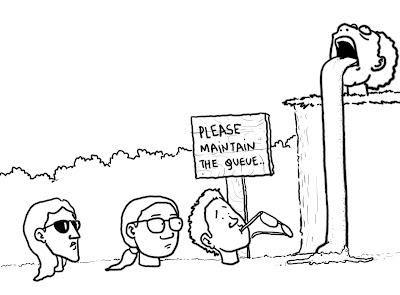 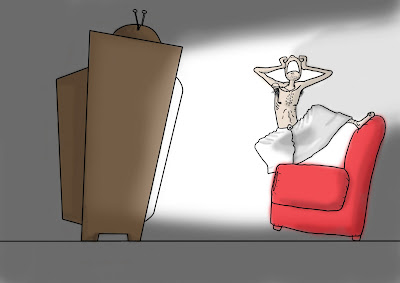 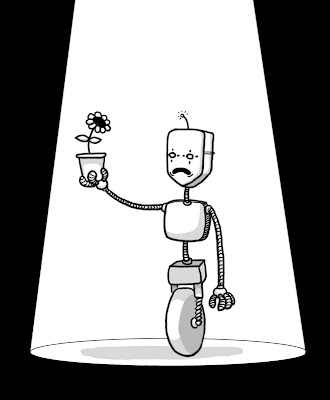 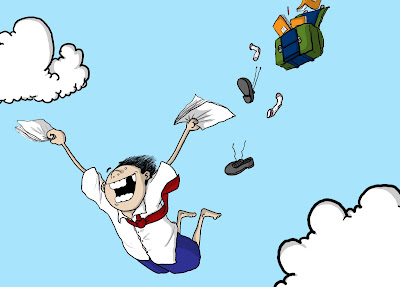 Me and Sushmeit used to work on some illustrations with some constraints, in the past as an excuse to learn photoshop and other softwares, giving a limited amount of time for each illustration... that stopped in between as many people guessed it would've... but now its back... with more participants ranging from Aman Dubey and Chandradhar to Tarun and Angith... Here are a few new ones...

1) woman trying to break free but something is holding her back... she has red hair and she's wearing rags... [photoshop, 30 minutes]

2)Completed... but i think the previous unfinished version was better... [1 hour]

3) Pig is looking in the mirror and has a hairdo and a dress can be seen in the background...[photoshop, 30 minutes, incomplete]

4) A head is licking spectacles... the head has curly hair... and one iris is smaller than the other...[photoshop, 15 minutes]

5) A man on a couch wearing a lungi and a red ruby is getting tortured by the contents of the telivision... [photoshop, 30 minutes, incomplete??]

7) A school kid in uniform trying to fly with an apparatus which has two wings... has a broken tooth... [photoshop, 30 minutes]

more illustrations shall happen and shall be put up... later...
Posted by Anish Daolagupu at 6:44 AM

This work is licensed under a Creative Commons Attribution-NonCommercial-NoDerivs 3.0 Unported License.